The Love I Saved For You 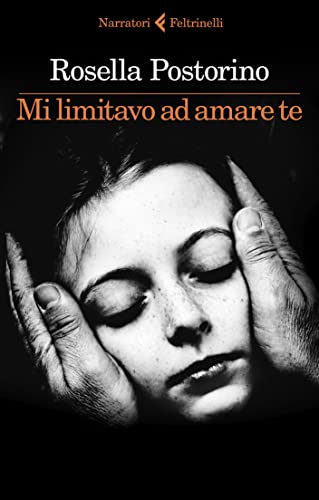 From the author of the international bestseller The Women at Hitler’s Table, Rosella Postorino’s latest novel inspired by a true story casts us into the midst of a bloody war raging in the heart of Europe. At the end of the last century, destiny deprives three children of their every comfort. Omar, Nada and Danilo grow up risking their lives and innocently saving one another.

In this intimate, yet epic tale, friendship is forged from shared loss and pain, while learning counters the blind violence of warfare, testifying to the utter uniqueness of each human being. Spring, 1992. Above the orphanage in Sarajevo, the sky is leaden. Ten-year-old Omar spends his days at the window, risking sniper fire in the desperate hope of seeing his mother return. Since the day a grenade tore him from her arms, he’s had no idea whether she’s dead or alive. In her palpable absence, the bombs continue to fall; his big brother’s affection fails to console him.

One day, young Nada silently takes Omar by the hand and becomes his one desire. She has heavenly blue eyes, a fiery temperament and a vein on her forehead that throbs when something infuriates her, like the thought of her brother being sent off to risk his life on the battlefield.
Desperate plans are made to spirit the children away from this waking nightmare, and one July morning they’re herded onto a bus to begin a journey that could mean their salvation. But if Omar’s mother is still alive, how will she manage to find him? And what if Nada’s brother is killed in battle? On the bus racing toward Italy, braving rubble-strewn roads and the savage cruelty of prowling Chetniks, Nada meets 13-year-old Danilo. He has warm hands, a family somewhere and a promise to take care of her.

Omar. Nada. Danilo. As the tragedy devastating Europe shatters their every certainty, these three motherless, loveless, defenseless creatures forge a tormented bond destined to last a lifetime. Exile and identity, loyalty and betrayal, defeat and redemption. In this coming-of-age novel and war story about “the trouble of being born” we see how powerfull the will to live can be, proving itself inextinguishable, even in the midst of horror.

“Rosella Postorino’s ability to write about the pain of a survivor of a war thirty years ago confirms once again the power of literature.”
Donatella Di Pietrantonio, la Repubblica

“May this book settle in those who read it, in memory of the children torn apart by war. May the creatures of this book touch all those who read its pages and become attached to them, as though they have met and accompanied them in their existence.”
Erri De Luca, la Lettura – Corriere della Sera

“Sarajevo is shaped like a cradle, – writes Rosella Postorino, – and there within it, even the most steadfast childhood has been corrupted. The rest is purgatory. Or forgetfulness, which is the ferocity of survival.”
Andrea Bajani, TTL – La Stampa