The Women at Hitler’s Table 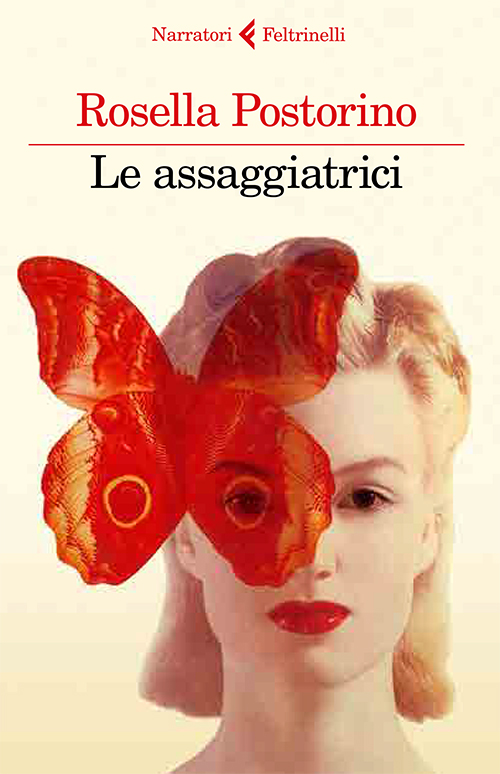 Inspired by the true story of Margot Wölk, this is a heartbreaking and gripping historical novel.

East Prussia, 1943, Hitler hides away in the Wolf’s Lair, his bunker. The tide is turning in the war and enemies are everywhere. Twenty-six-year-old Rosa has lost everything to this war. Her parents are dead and her husband is fighting on the front line. In the small town where she lives with her in-laws, she is chosen as one of ten women forced to taste the food Hitler eats, to protect him from poison. Alone and scared, she faces the SS with nothing but the knowledge that every bite might be her last.  Caught on the wrong side of history, how far is Rosa willing to go to survive?

“After so many novels on WWII, I did not think one could surprise me. But Hitler’s Taster offers such a unique point of view on the war that I knew I had to be the French publisher. It is much more than a great historical novel giving us a new vintage point. Rosella Postorino has a powerful literary voice which will resonate for readers around the world.”
—Anne Michel- Editorial Director – Albin Michel- France

“From just reading the opening pages of Rosella Postorino’s novel, I knew it was one I had to publish. This is a story we’ve never heard before. It reminds me of The Reader but is completely fresh and unique. I think it will be a bestseller.”
Amy Einhorn- Publisher – Flatiron Books/Macmillan USA

“As soon as I began reading Rosella Postorino’s novel, I felt that strange tingling sensation that a publisher rarely feels: the story itself is perfectly fine-tuned with the way it is told. The pages are alive. We taste the food, smell the fear, and hear the strident sounds of reverence. I read it all in one sitting and I will read it again and again.”
Silvia Querini- Directora Literaria – Lumen Penguin Random House Grupo Editorial Spain

“With Hitler’s Taster, by Rossella Postorino, we discovered an exceptional new voice. It’s not only the entirely intriguing premise which completes this outstanding book. The true-to-life characters entangled in a forbidden love story will stay with you for a long, long time.”
Sander Knoll – Publisher: Xander, Holland

“The food taster’s voice captures readers and is so real, tense and penetrating that it never lets them go.”
Donatella Di Pietrantonio, author of the bestseller L’arminuta

“At the Wolf’s Table stays with you, and for a long time.”

“A beautiful story that draws a line between the expressible and the inexpressible. A story with no options and no way out, just like for the protagonists of certain Greek tragedies.”
Valeria Parrella, Grazia

“The author carves into the meat of the matter with rich, precise writing that even succeeds in conjuring the Führer’s body in absentia.”
Cristina Taglietti, Il Corriere della Sera

“You’ll fly into this novel with your heart in your throat and a constant feeling of identification all the way through to the final, magnificent chapter.”
Annalena Benini, iO Donna

“With writing that reflects the formidable physical nature of this story, like all good writers Postorino explains nothing. Yet she observes with intelligence and empathy, and in the end she has Rosa, after many years, tell the man she once loved, ‘You did good to stay alive.’ Life. Nothing else.”
Elena Stancanelli, D: La Repubblica delle Donne

“It will speak to you of love, of desire, of shame, of hunger, of fragility. Of labels and judgment. It will move you, lift you up, bring you down, and it will do all these things together.”
Matteo Bussola, author of the bestseller Notti in bianco, baci a colazione

“It’s as engaging as a great film. In this novel, the word ‘survivor’ takes on an entirely female connotation.”
Laura Pezzino, Vanity Fair Italy

“This book—which speaks of love, hunger, survival and remorse—will end up engraved on your heart.”
Marie Claire Italy

“What does it feel like to lend your digestive system to the Führer? To be a lab rat that eats Hitler’s meals to thwart his attempted poisoning? What does it feel like to fend off hunger with the delicacies prepared for a monster destined to go down in history? Or to think, ‘Tasting this dessert might be the end of me?’ This lies at the core of Rosella Postorino’s unique, compelling novel.”
Lidia Lombardi, Il Tempo