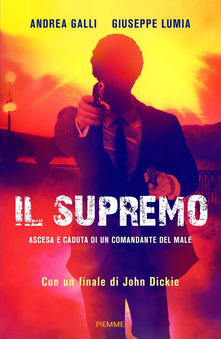 The true story of Pasquale Condello, ruler of a secret kingdom of evil, innovation and tradition. From cigarette smuggling to drug trafficking, his thirty year reign of the ‘Ndrangheta left an endless trail of heinous crimes.

Growing up in Archi, an ancient district of Reggio Calabria overlooking the Strait of Messina, Pasquale Condello became a trusty squire of a powerful clan in the De Stefano family. A lethal killer during the first ‘Ndrangheda war and a successful strategist thereafter, he rose the ranks to become the number one boss: The Supreme one. During Condello spell-bounding rise to power, beginning with cigarette contrabands in the ‘70 to the explosion of international drug smuggling, he ultimately involved business, politics and masonry, leaving an endless wake of atrocious crimes.