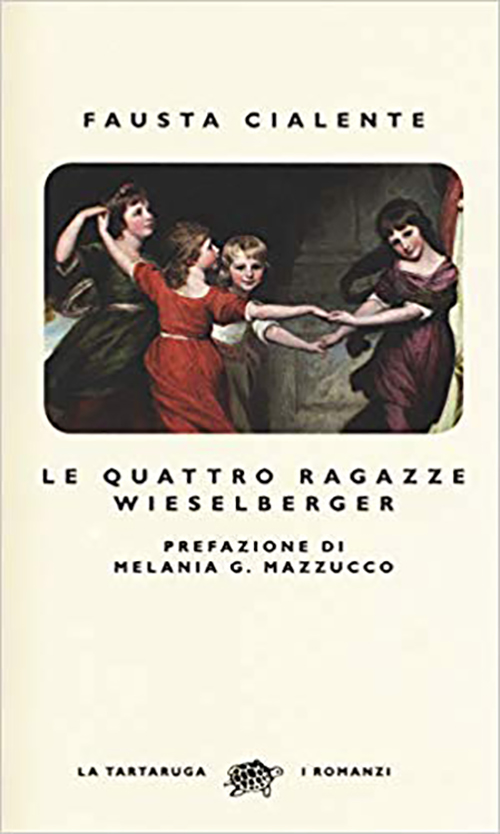 Set in the late 19th century’s Trieste, this family saga is set against a background of war and historical change and the apparently enchanted lives of four privileged sisters, who are blissfully unaware of their tragic destiny.

In a moment of static serenity, the eldest of the four Wieselberger girls, Alice, marries and her departure from the tightly knit, affectionate family nucleus represents the first dark cloud in the skies. Elsa, the narrator’s mother, then marries an ambitious army officer whose predatory air disturbs the nostalgic simplicity of her parents’ marriage. The narrator, writing as Elsa’s daughter, later moves to Egypt where she participates in the anti-Fascist activity of intellectual Levantine circles. Much later, with the death of her brother and the loss of her parents, the vagabond narrator shifts her attention to her daughter and grandchildren.

This is how a sensible, well-to-do family from Trieste lived towards the end of the century. They could reside in a nice apartment in the city and own a large house in the country with a garden, vegetable plot and vineyard, the pantries of both busting with all sorts of delicacies. Guests might arrive at any moment without causing any disturbance: the wardrobes were stocked with dozens of monogrammed damask-linen sheets, lace-trimmed, embroidered and pleated by hand, as well as hundreds of pillowcases, towels and cloths. The seamstress was a permanent fixture in the apartment and villa, with four girls to dress, each requiring a trousseau, regardless of whether any of them eventually ended up an old maid. Nevertheless, it was thought better to raise them believing that they were not wealthy, though the carriage and the horses at the front door might have led them to think otherwise. The good Micél, growing older in the meantime, was therefore a long-term arrangement, the remnant of implied power.

The windows of the house in which the fourth sister was born (and perhaps some of the others too) overlooked Piazza del Ponte Rosso, but the entrance was on the side of Via Genova, then called Via del Campanile, near the church of Sant’Antonio Nuovo. From the windows you could glimpse the splendid canal build on the old salt flats, which still penetrates the square, boats and barges floating on it, crossed halfway by the bridge. By leaning out a little from the balconies you could also see the sea, and in any case, the scent of it was carried on the breeze. In the morning there was a large fruit-and-vegetable market in the square with seasonal produce: piles of cherries and plums from the Karst region, figs, grapes and peaches from Istria, oranges and lemons brought up from Sicily- that is, from the longed-for kingdom of Italy- and heaps of beautiful, transparent redcurrants shining fire-red on the scales. The women who sold them were called venderigole, while the gumarabic and coffee huskers who sat on the steps of the church waiting to be offered a day’s work or more, were called sessolote. The song they sang was well-known: “Sessolote lavoré- trenta soldi ciaparé-ventiquatro per la sala-quel che resta pel café “(I’ll do a husker’s work, I’ll get thirty coins, twenty four for the hall and the rest for a coffee). The sala meant the dance hall. They were famous for other songs too, harmonized in three or even four voices. All these women heroically endured the beating sun, the lashing rain and the harsh gusts of the Bora, and those who could shelter under the frenetic flapping of the awnings counted themselves lucky. Nearby was Piazza della Legna (formerly Piazza San Lazzaro) renamed by the people because the wood market was held there, and piles of kindling and dry, seasoned wood were permanently stored amongst the poor hovels, which, had they caught fire, would have vanished in a swift, savage blaze; and this is why the first fire station was installed there.